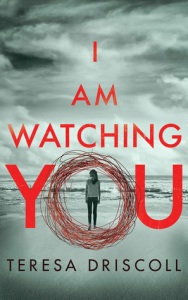 What would it take to make you intervene?

When Ella Longfield overhears two attractive young men flirting with teenage girls on a train, she thinks nothing of it—until she realizes they are fresh out of prison and her maternal instinct is put on high alert. But just as she’s decided to call for help, something stops her. The next day, she wakes up to the news that one of the girls—beautiful, green-eyed Anna Ballard—has disappeared.

A year later, Anna is still missing. Ella is wracked with guilt over what she failed to do, and she’s not the only one who can’t forget. Someone is sending her threatening letters—letters that make her fear for her life.

Then an anniversary appeal reveals that Anna’s friends and family might have something to hide. Anna’s best friend, Sarah, hasn’t been telling the whole truth about what really happened that night—and her parents have been keeping secrets of their own.

Someone knows where Anna is—and they’re not telling. But they are watching Ella.

The blurb got me with this one, it seemed like one of those mysteries I could possibly play along with, guessing who was the perpetrator. However, that wasn’t the case.

I will start off by saying that I liked the author’s voice in this story. It made the characters, who I assume she wanted the reader to like, likeable, such as the witness Ella. Ella’s concern and understanding for the victim Anna, as well as the other people in her life, such as her son, the private detective, and even Anna’s mother, made me want things to end well for her. As I turned the pages, I hoped that whoever was secretly harassing Ella would meet justice.

I also liked how the story was arranged. There were several points of views, I believe about seven of them. However, the story was very easy to follow since each chapter was titled with the character’s name. Also, the points of views shifted from first to third, but again, that generally corresponded with the character. So Ella, for example, was always written in first person, while Anna’s father, was always in third.

Some things that I didn’t like about the story, was how it was misleading in some ways. The actual perpetrator didn’t come into view until the end of the story. A few characters and their situations were emphasized too much that I initially thought they tied in to Anna’s disappearance, but actually had nothing to do with it. They were basically filler information. Though I believe the story was paced well, there were some slow unrelated things that took more space than needed, such as the private investigator’s personal life and Ella’s job as a florist. It’s okay to mention them, but chapters devoted to these things were irrelevant and boring for me.

Overall, I finished the story feeling okay about it. I was thrown off a little with the ending, realizing the perpetrator was barely mentioned (if at all, I can’t remember), but I wasn’t disappointed as much about it.

Yes, I would recommend this story to those who like lighthearted mysteries. There wasn’t so much suspense and given that there were no clues leading up to the perpetrator, didn’t make for an intriguing read.

3 out of 5 stars. I think the voice of the writer made the main characters likeable, even the not so likeable ones engaging at times. However, I didn’t view this story to be a solid mystery where one could gather up the information to come to a conclusion.

2 thoughts on “Book Review: I Am Watching You by Teresa Driscoll”